… referring to high-achieving individuals marked by an inability to internalize their accomplishments and a persistent fear of being exposed as a “fraud”. Despite external evidence of their competence, those exhibiting the syndrome remain convinced that they are frauds and do not deserve the success they have achieved. Proof of success is dismissed as luck, timing, or as a result of deceiving others into thinking they are more intelligent and competent than they believe themselves to be. Some studies suggest that impostor syndrome is particularly common among high-achieving women.

One of the main reasons I wanted to speak about impostor syndrome, is that over the years when I spoke to technologists new and old across all industries and events, and I was often told the same thing; but you can’t have imposter syndrome. I have been struggling with impostor syndrome since before I left college, I was a computer science major who was sure he wasn’t smart enough to become a programmer. In the last few years as I have pivoted to more management and mentoring in my jobs and the technology communities of which I am a member, apparently age, longevity and sounding confident have convinced folks I knew what I was talking about. The one person that I failed to impress was me, I can always find a way to question my skills and qualifications. 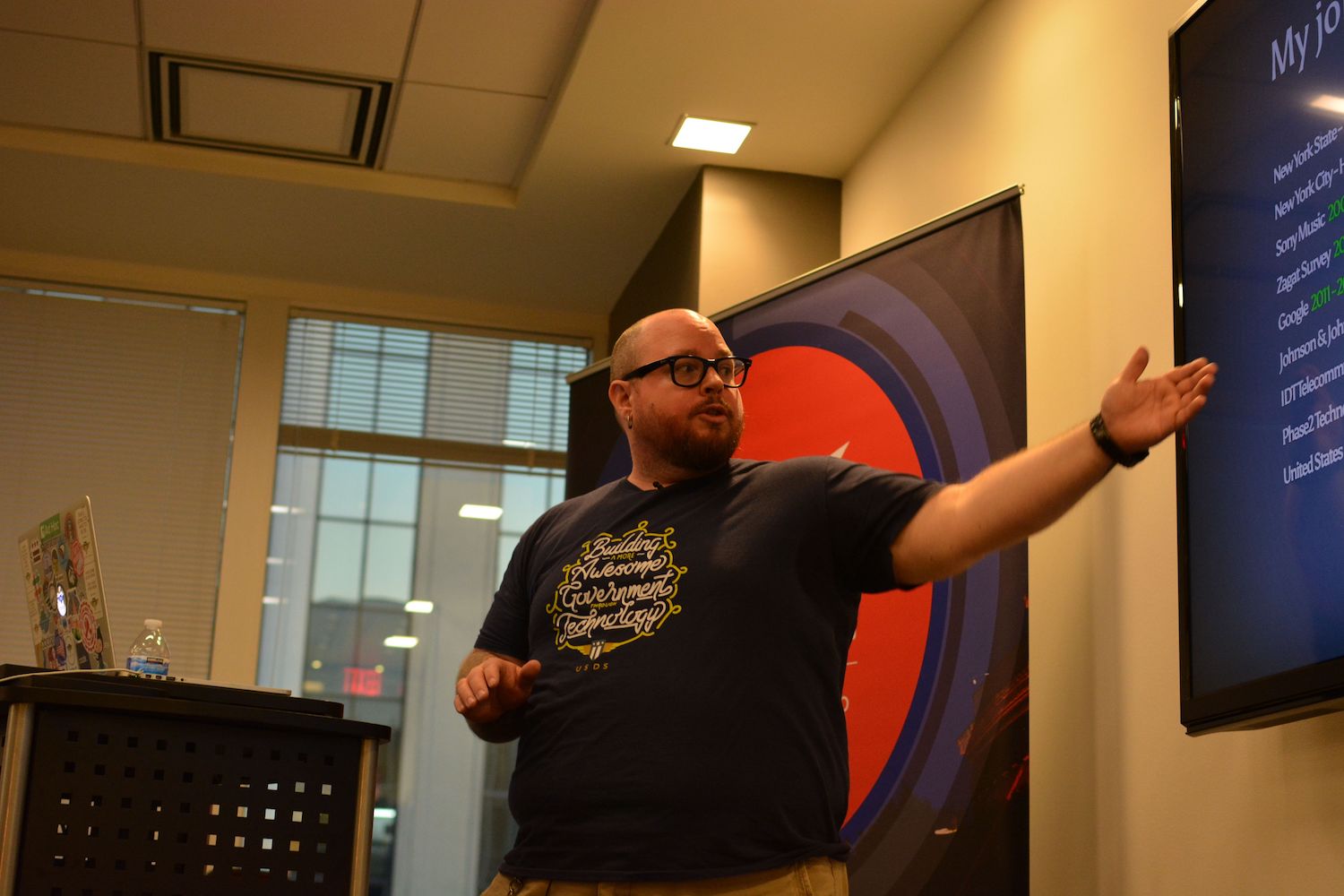 When friends of mine talked about creating a new technology meet up called Black Code Collective, they asked if I would be willing to speak at a future event. I think I said yes before they finished asking, and eventually I was able to give my impostor syndrome talk. This led to one of the organizers asking me to come and give this talk within his company as part of their companies diversity & inclusion speaker series. This was another great experience this time the audience was a mix of developers, and non-developers and some of the questions asked forced me to think about my own myopic view as a technologist and adjust my presentation.

Last night I spoke at Tech Talk DC about impostor syndrome, I was happy to be able to give this talk again, I feel like every time I give it I find new things I should highlight and focus on, realized this time that I should add in a slide about my education and lack of college degree. I was pleasantly surprised to have a bunch of DC Metro friends in attendance, and even lucky enough that a few old NYC friends who were able to attend. Thanks to all who attended and I hope my talk helped to shine a light on the fact that most of us still think we are faking it and someone is going see us as the fraud we know we are. Be kind to yourself, you are better then you think you are.

Lots has happened in the last year and a half...

Robbie is staying at USDS, moving to the HQ team...

I am happy to announce that I am moving to the headquarters team of the USDS...